BaseCamp Franchising LLC (“BaseCamp”), a leading franchisor of clothing resale concepts, is pleased to
announce the appointment of Tyler Gordon and Zach Gordon as Co-CEOs of the company. Tyler and
Zach are partnering with BaseCamp’s founding family as the company’s two brands, Kid to Kid and
Uptown Cheapskate, are poised to accelerate their rapid expansion across the U.S. and internationally.

Tyler and Zach bring extensive leadership experience in corporate strategy and franchise management
to BaseCamp. Tyler Gordon was previously a Principal in Private Equity at Apollo Global Management,
one of the world’s largest asset managers. Zach Gordon was previously a Senior Director at Restaurant
Brands International, the global franchisor of Burger King, Tim Hortons, Popeyes and Firehouse Subs.
Over the past several years, Tyler and Zach have served as Managing Partners of Horizon Point Capital,
an investment firm that focuses on partnering with companies to support growth-oriented initiatives
over a long-term horizon.

“Zach and I are honored and excited to be joining BaseCamp as Co-CEOs. Over the past 30 years,
BaseCamp has built a phenomenal community of franchisees, employees and customers, which is
supported by a best-in-class set of systems the company has developed in-house. We feel privileged to
be joining such a vibrant and growing ecosystem, especially one that has such a positive environmental
impact,” remarked Tyler Gordon.

Zach Gordon added, “We could not have asked for better partners in the Sloan family and look forward
to building on the incredibly strong foundation they have laid at Kid to Kid and Uptown Cheapskate. We
share the same set of core values and are excited to help BaseCamp continue its growth here in the U.S.
and abroad.”

Brent and Shauna Sloan, who founded Kid to Kid in 1992, commented, “We are thrilled to bring Tyler
and Zach on board as Co-CEOs and feel our partnership will position BaseCamp to capitalize on the many
exciting opportunities that lie ahead. Tyler and Zach bring an impressive combination of capabilities and
a true spirit of partnership, which is so vital in franchising.”

Tyler and Zach will be based out of BaseCamp’s headquarters in North Salt Lake, Utah.

BaseCamp Franchising is one of the country’s largest clothing resale companies with over $180 million in
annual system-wide sales and over 200 stores across 31 U.S. states, Canada, Portugal and Spain.
BaseCamp owns and operates two leading resale brands, Kid to Kid and Uptown Cheapskate, and has
honed a system over three decades that delivers incredible value to franchisees, consumers, and their
communities. BaseCamp’s model has environmental sustainability at its core, helping keep tens of
millions of products out of landfills each year. 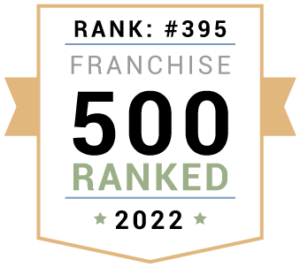 For 30 years Kid to Kid has been paying families to recycle their great kids’ stuff. Thank you for being a part of the caring, sharing community at Kid to Kid!